A Safe and Stable Home 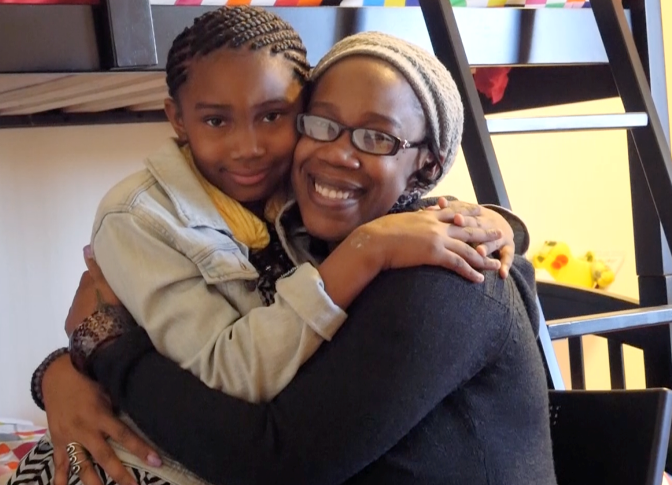 After returning home from multiple combat tours in Iraq as a drill sergeant, mechanic and administrator, Raven was ready to settle into a quiet life with her only daughter, Kayla. However, her desire to find a safe, stable home for her daughter did not prove easy.

While transitioning into civilian life, Raven and Kayla moved in with their great uncle. Unfortunately, the mother and daughter soon found themselves homeless when the uncle developed dementia and his home was sold.

Raven was working and going to school full-time, and her income didn't enable her to find the home she so desperately wanted for her daughter. Without many options available, she and Kayla moved into a homeless shelter for women and children. Raven worried how the constant changes would affect her young daughter.

It was at this shelter that a staff member told Raven about Volunteers of America Greater Los Angeles' Blue Butterfly Village, a townhouse community for formerly homeless female veterans.

Raven applied for housing, and when she discovered that she and Kayla had been accepted, she was thrilled they now had a place to call their own. They no longer had to worry about securing all of their belongings in the shelter's locker each day, hoping their items would still be there the next day. They could feel safe and have a stable home for Kayla to grow up in. Their house also came fully furnished and stocked with food in the pantry.

"This is mine," Raven remembers saying with tears in her eyes. "This is all mine."

The best part of Kayla and Raven's new life is that Raven sees her daughter becoming even more resilient after everything they have been through together. "She's just an amazing kid," the proud mother says. "She has such a positive attitude, and I just love it."

Having their very own safe, stable home has made Raven confident that her daughter will have a bright and happy future ahead of her.